"We held course in an unprecedentedly challenging year"

While Corona plunged the world economy into crisis, stock markets recovered after a historically deep fall. 2020 was a year of extremes. But how did the pandemic affect SSPF?

Before we look back on an exceptional investment year, a brief overview of SSPF's investment beliefs. They changed in 2020. What was the reason?

"In 2020, a new Asset Liability Management (ALM) study was launched. The purpose of the ALM is to gain insight in the development of the rights and obligations of the pension fund and to adjust investments accordingly. Once every three years it is determined how the assets and the liabilities can be managed as well as possible. At the beginning of such a process, firstly you always look at the investment beliefs and your risk attitude. On the basis of research by means of a survey among the board members, and various dialogues and workshops, we have reviewed and updated our investment beliefs. The new Investment Beliefs are now more extensive and even more specific than the previous ones.

Why was this necessary?

"Investment beliefs describe what motivates us and should cover the whole range of our portfolio. In addition, there were relatively many new directors on board. That fresh perspective made it even more interesting to thoroughly review the beliefs again."

The first investment belief says: 'Expertise combined with solid countervailing power leads to sound investment decisions'. What does that mean in real life?

"By organising countervailing power, we aim to avoid tunnel vision. That is why the board, which is responsible for the most important investment decisions, is given more advice than just from the current experts. Experts are often inclined to have absolute faith in their own advice. In order to prevent narrowing of the field of vision, a counterbalance is needed. Hearing other, opposite, sometimes contrary points of view. This generates discussions, which increase the exchange of insights and the quality of decisions."

Is there a specific example in 2020 which shows that a different decision was made because of this structured approach?

"On Friday, February 28, stock markets were already wildly fluctuating. At the investment committee meeting on Monday 2 March, we immediately agreed to respond very swiftly and to weekly - which soon became twice a week - monitor developments in accordance with our crisis management protocol."

Was it necessary to implement any major interventions?

"Not at all. Our investment portfolio has a sound composition in relation to the liabilities. This is also the reason why in ALM studies different scenarios are taken into account: the diversification of the investments in a diversified portfolio once again proved its worth. So what you primarily do in such a crisis situation, when the stock market is plummeting, is keep a close eye on interest rates. In particular, these have a major impact on the coverage ratio. Surprisingly, thanks to the stabilising major interventions of central banks, interest rates remained fairly constant, while the stock markets experienced the fastest correction and recovery ever. Avoiding the so-called action bias (tendency to intervene too hastily), was therefore the main priority.

Which readjustments did you carry out?

"We decided not to intervene and rebalanced the portfolio in accordance with our policy. That is actually the only real decision we took. While stock markets fell very sharply and we dropped below the strategic range, we went against our instincts and increased the equity weighting to the strategic level, with positive results.  Beyond that we intervened relatively little, and mainly held our course. We also are, of course, a long-term investor, and have a long horizon! The volatility of the financial markets is part of the game, although this year it was very extreme.

What were the effects on the results?

"By not intervening, except to rebalance, we have experienced the entire ride of the stock markets back up. This led to a positive result on our 'return seeking assets'. These are the riskiest investments in our portfolio, such as shares."

Still, this crisis must have brought your horizon closer, even for a long-term investor like SSPF.

"Absolutely. The first thing you do is ensure that the people and the organisation continue to operate, including paying pensions on time.  This has worked exceptionally well."

Were you prepared? Was there a crisis scenario ready?

"In the summer of 2019, a crisis management scenario was simulated. Based on those results, policy and protocol were refined further. When the pandemic broke out, the set-up was ready and everyone knew what had to be done. I am relatively new at Shell, but this was really very thoroughly prepared. Even the switch to working from home went smoothly. Our well-disciplined way of working has proved itself."

What is the impact of the pandemic on the global economy?

"Because the old economy is being hit harder than the new economy, innovation will probably go even faster. Our consumption, but also the behavior of stock exchanges and companies, has changed because we are online all day. Suddenly, IT has become more than necessary. At the same time, far fewer people are driving or flying and, as a result, the demand for energy has fallen sharply. Also the need for large office buildings seems to have evaporated. This while pharmaceuticals and technology have been profiting enormously from the crisis. As a result, the differences between certain sectors, but also regions, are huge."

How does that translate to the financial markets?

"On the stock markets, the effect of the pandemic was short-lived. First there was a severe reaction to the sudden economic shutdown, but then it was one upward trend until the end of the year. Governments proved willing to allow debts to rise and central banks provided sufficient liquidity with their monetary support nd unlike during the financial crisis of 2008, there was no endless discussion about lowering interest rates, emergency arrangements and bailouts. Everything was in place in no time. As a result, few companies went bankrupt. Partly because of this, the financial markets quickly realised that this was a temporary shock with different long-term consequences." 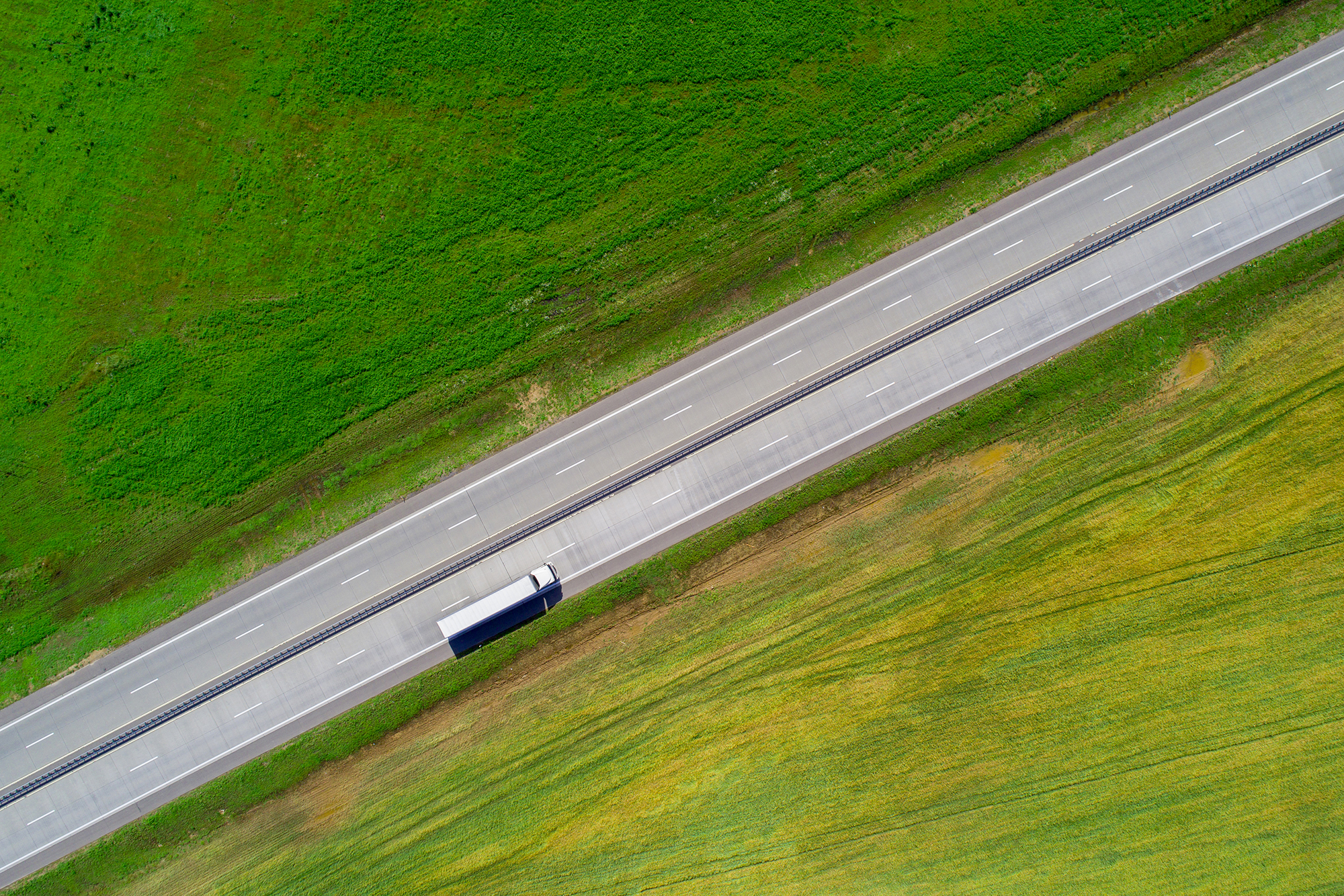 Meanwhile, the economy is decreasing, but stock markets are on the rise. How the tables can turn!

"We have seen before that movements on the capital markets do not always correspond to economic reality. Partly, this can be  explained. Among listed companies, you miss an important number of SMEs that are being hit very hard right now. But the economic malaise is definitely there. Worldwide, only the Chinese economy has grown."

Has the crisis changed stock market behaviour at all?

"Investing the old fashioned way, looking for value stocks, is outdated. On the other hand, shares with high dividends and a somewhat stable stock price are in huge demand. This also goes for stocks that have risen in price and have momentum. In addition, the major technology companies such as Facebook, Amazon and Apple, as well as Alibaba and Tencent together have never been so dominant. Both on the stock markets and in real life economy. Car brand Tesla is already worth two thousand times its profit. The main question is, what will things be like in 5-10 years' time? Furthermore, we have seen new investors in this crisis. Never before have so many investment accounts been set up by consumers. Mostly by a generation without much historical understanding. People buy an Apple share, regardless of the high valuation, simply because it is a great company. We have seen similar developments before in the dot-com bubble in the early 2000s. "

Meanwhile, various political issues played on the world stage. Which ones ones were you concerned about?

"Brexit, the European budget, but of course also the trade conflict between America and China. This conflict was only intensified by the pandemic. Fortunately, we ended the year with the American elections. They offer hope for different times. Of course, Trump was pro-business, which had a positive effect on the stock markets, but it will now be interesting to see what happens when you get a more social policy. Because the difference between rich and poor has never been so wide and in America you see where that can lead to: great civil unrest, segmentation and political instability. In the long run, this is not good for international trade and economic development."

It has been pointed out before: governments are taking unprecedented measures to combat the corona crisis. What comments can be made?

"Primarily how it will affect interest rates and inflation. So far, interest rates developments have been very controlled and inflation has not risen for years, but nevertheless, the question remains: for how long? At the moment we find it particularly difficult to predict interest rates and actually the same can be said about inflation. The interest rate currently stands at approximately zero, but could rise as well as fall. Inflation will come nearer if governments continue to compensate for the drop in market demand by giving money directly to consumers and maybe taking things too far.

"It is a practical arrangement. In fact, our entire portfolio is geared towards being able to meet all obligations. We have arranged things in such a way that you have a part that is really there to match the interest sensitivity of the liabilities, rather than to make as much return as possible. These are the Matching Assets and Liquidity & Investment Grade (IG) Assets portfolios. The third portfolio, 54 percent of SSPF's total invested capital consists of Return-Seeking Assets. This portfolio should do exactly what the name suggests, deliver returns through a wide spread of shares, high yield bonds, hedge funds and private equity."

"Hedge funds stand out. Their usefulness is often debated, but in 2020 they made an important contribution to the stability and level of our investment results, thanks to their high absolute return.

Which categories give cause for concern?

"Concern is too big a word, but real estate has our attention. Besides, there are opportunities as well,  for example, distribution centres in the logistics sector are doing very well."

What is your view on the investment year 2021?

"There is much to look forward to. Vaccines have boosted confidence. For now, we are moderately positive. However, there are concerns about high valuations, inflation and the interest rate developments. The key question is what central banks will do once the inflation starts to rise. Will they raise interest rates or provide an opportunity for inflation to rise? With the debts that governments have incurred, you would say that would be beneficial if interest rates remained low. But still, we have a financial construction that is quite fragile. Debts remain high and a rise in interest rates cannot be shouldered by many companies and institutions. In any case, the pandemic has made clear that in buffers must be larger. During the financial crisis, banks had too few reserves, now you see that we need to have more buffers in our supply chains, economies and companies. This means we will become a little less efficient and therefore may not be able to grow as fast.

Arnold Gast studied economics at the University of Groningen and obtained his postgraduate Master's degree in Financial Analyses at the Free University of Amsterdam. Gast worked for the larger part of his career at Delta Lloyd in plaats van Delta LoydAsset Management, where he was, among other things, responsible for the Credits & Investment Office. Afterwards, he filled the position of Chief Investment Officer on the board of ACTIAM. Since July 2019, he has been Risk & Investment Officer at Shell Pensioenbureau Nederland B.V.

Please note
A constant factor in recent years is precisely this falling interest rate. What happened to capital market interest rates in 2020 and what effect did that have? Arnold Gast: “Low interest rates make stocks attractive. As an alternative to interest, you now buy a share with an expected dividend. ” What has been the return for SSPF in 2020? The return on the entire investment portfolio in 2020 was 4.5%. 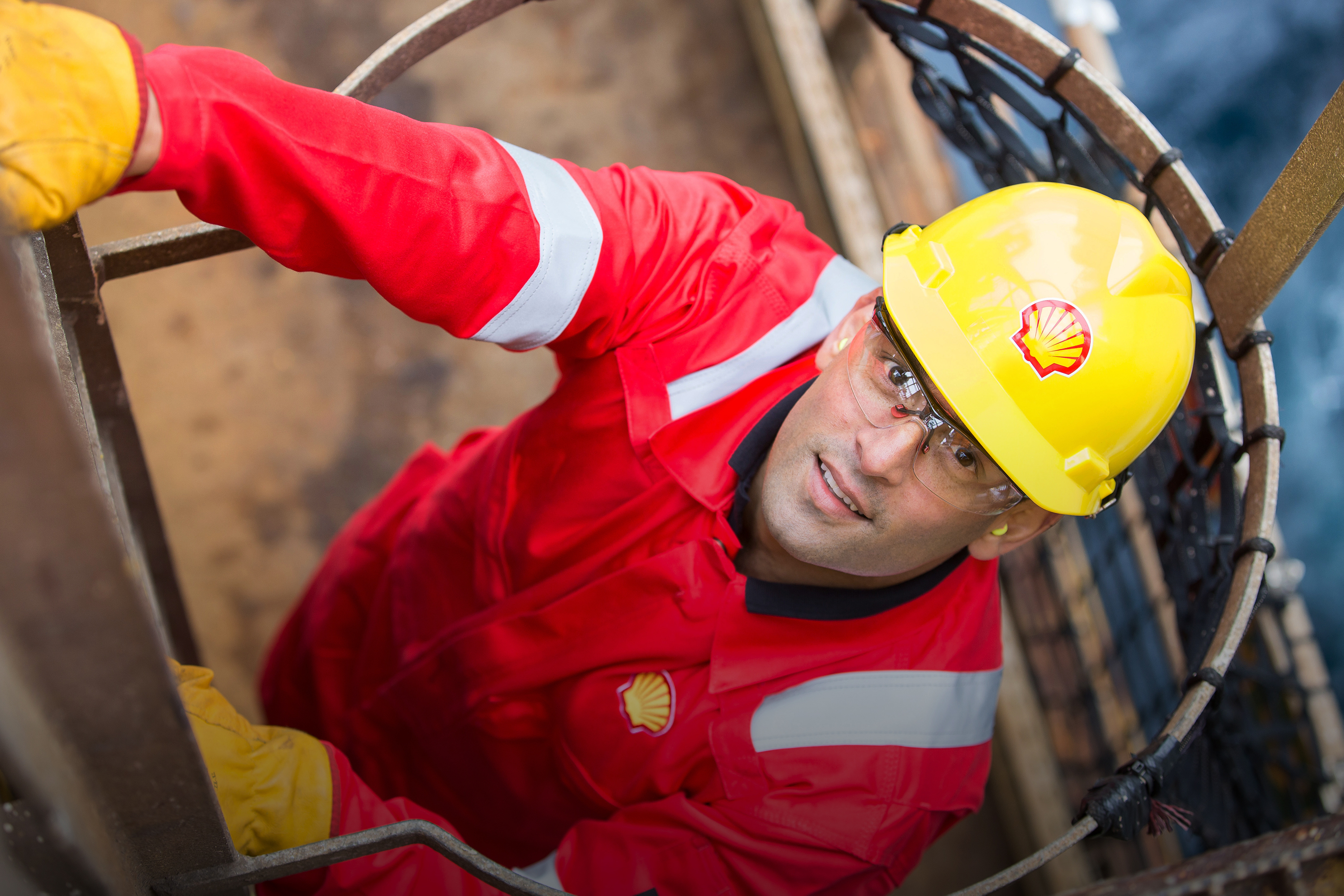